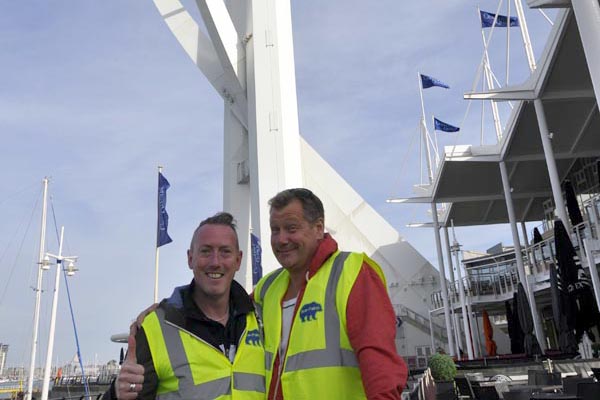 Bear-Patrol organiser Danny Dwyer and entertainer Jason Sutton, joined 17 friends and Bear Patrol members at Gunwharf Quays in Portsmouth at 8am this morning to abseil down the 560 foot high Spinnaker Tower. 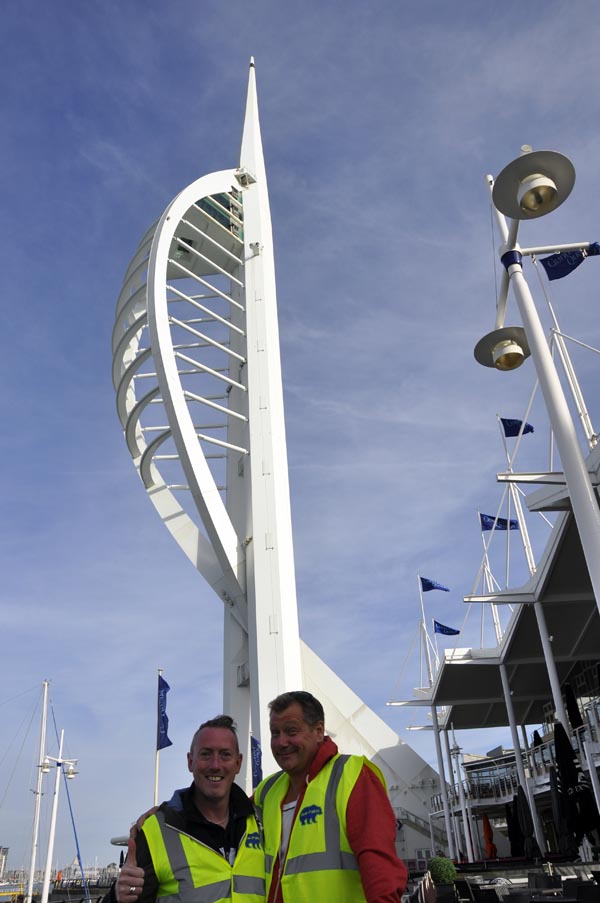 Danny Dwyer and Jason Sutton arrive at Gunwharf Quays at 7.30am in the morning

THE purpose of the early start was to raise funds for the Brighton based Rainbow Fund, who make grants to LGBT/HIV organisations delivering effective front line services to LGBT people in Brighton and Hove.

After six months in the planning, more than 50 members and friends of Bear Patrol reported for duty at 8am this morning, Saturday May 30 to receive safety training before nineteen of them descended from the viewing deck platform into the heart of the Gunwharf Quays shopping centre, 328 feet below.

On the way there were a few tears and some worried faces as one by one the abseilers realised the enormity of the task in hand. However, once the jump was completed any sad expressions turned to smiles as one by one each fundraiser punched the air in relief and joy.

Danny Dywer who organised the jump, said: “I have jumped out of airplanes but that was the most frightening thing I have ever done.”

Entertainer Jason Sutton thought it would be a good idea to return next year and repeat the exercise with Dave Lynn, Sally Vate, Davina Sparke, Lola Lasagne and Drag With No Name, Jason Lee, Jennie Castell and Krissie Ducann coming down the wire.

The final woman to abseil down was Charleen Wood who brought Gunwharf Quays shopping centre to a stop as hundreds of shoppers cheered her onto a successful landing after she had experienced a few wobbles on the way down.

Colin Blanchflower aka The Pianoman was among those to complete the jump and he alone expects to raise in excess of £1,000 if everyone pays up their promised sponsorship.

The Spinnaker Tower, a world-class visitor attraction soars 170 metres above Portsmouth Harbour and the Solent and is taller than the London Eye, Blackpool Tower, Big Ben and is now well established as an iconic British building.

It offers amazing 350º panoramic views of Portsmouth Harbour, The historic Navel Dock Yards, the South coast and the Isle of Wight, with views stretching out for up to 23 miles – breathtaking by day and a glittering sea of lights by night.

There are three viewing decks to explore including the Cafe in the Clouds at 105 metres above sea level, plus a gift shop and Waterfront Cafe on ground level. 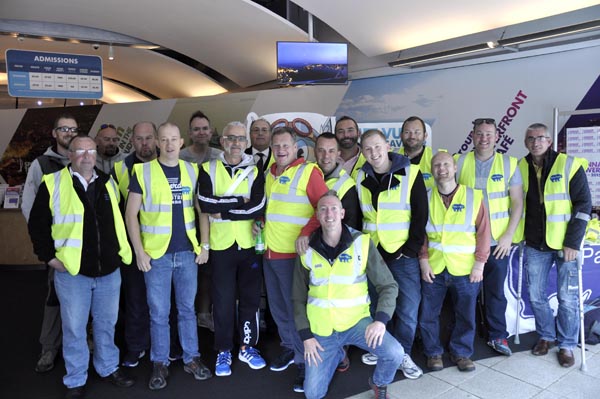 Skinnaker Tower at 8am. Fundraisers get ready for their safety briefing 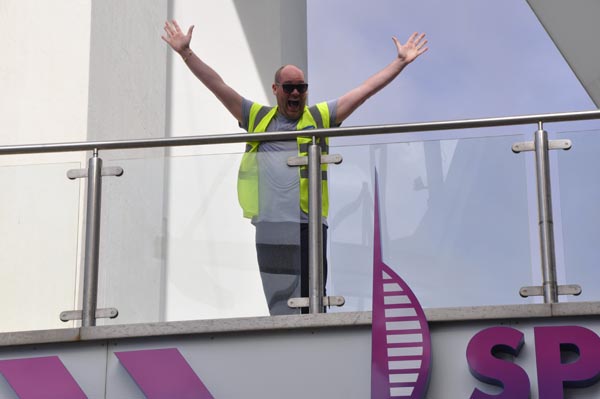 First abseiler celebrates getting down safely 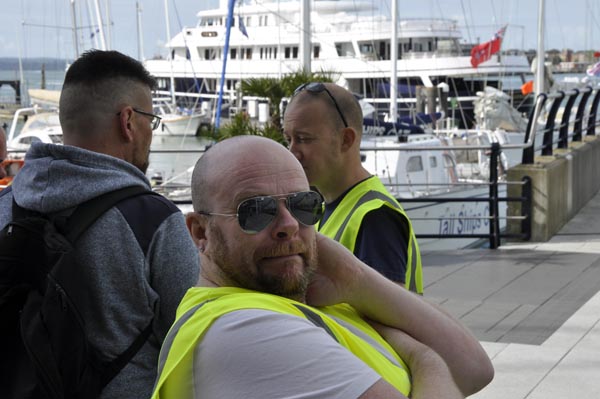 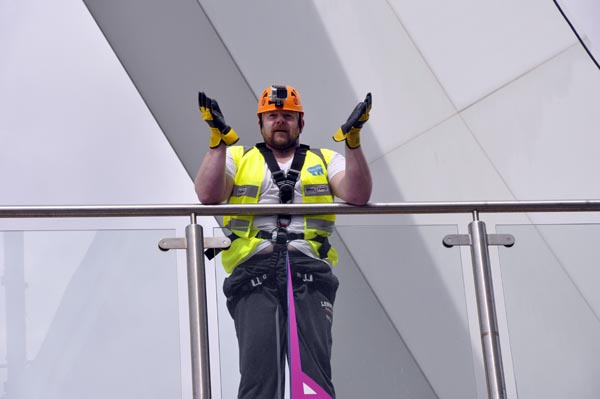 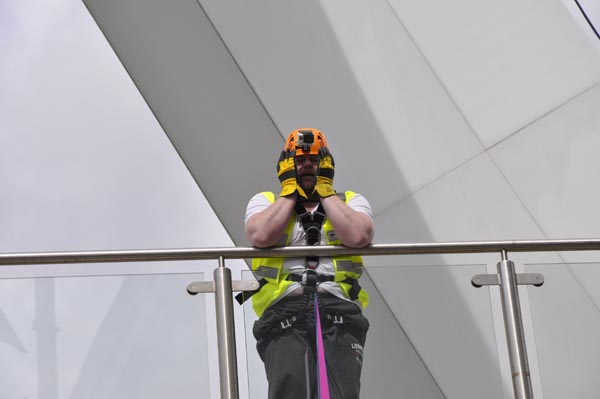 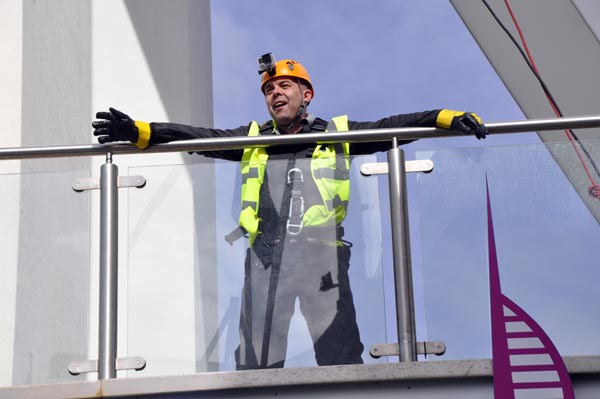 The Pianoman, Colin Blanchflower completes his jump safely raising more than £1,000 for the Rainbow Fund 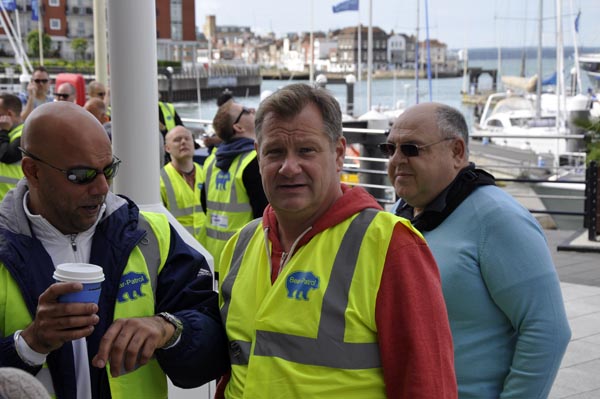 Jason Sutton is clearly apprehensive as he waits his turn. 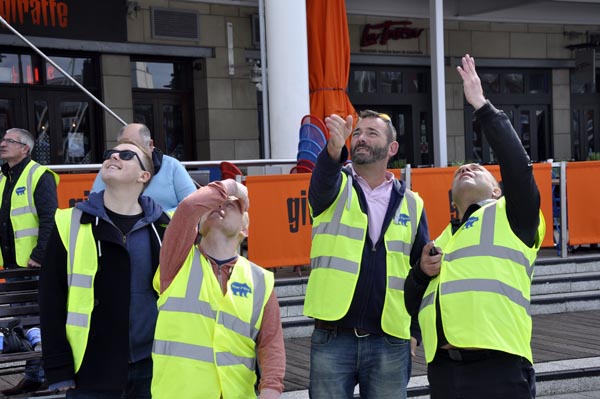 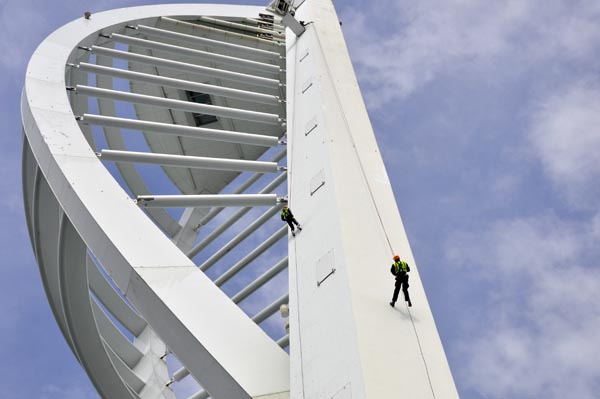 They came down two by two 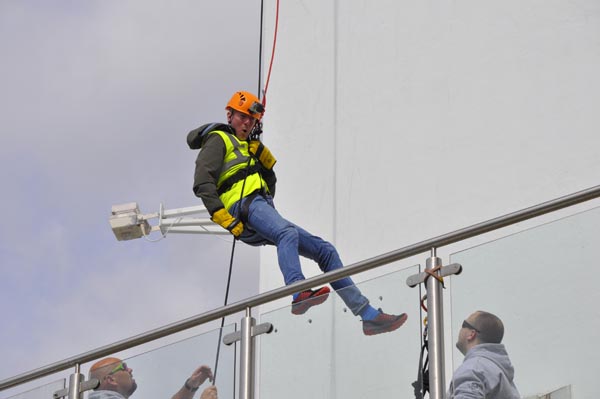 Danny Dwyer is almost there. 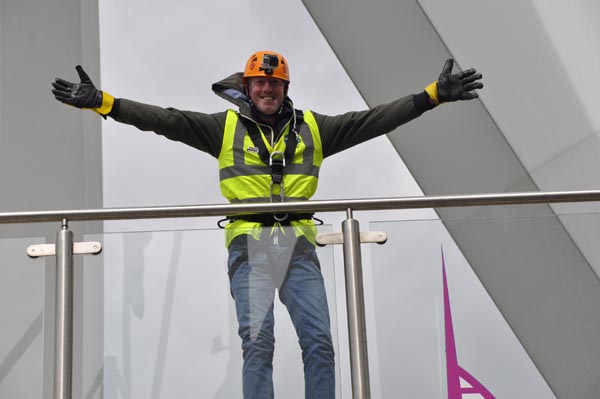 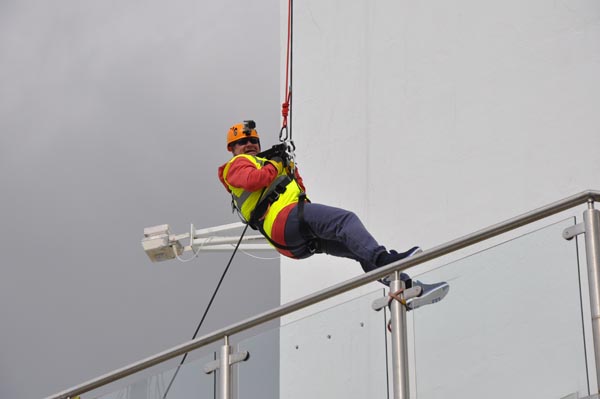 Miss Jason swings in the wind 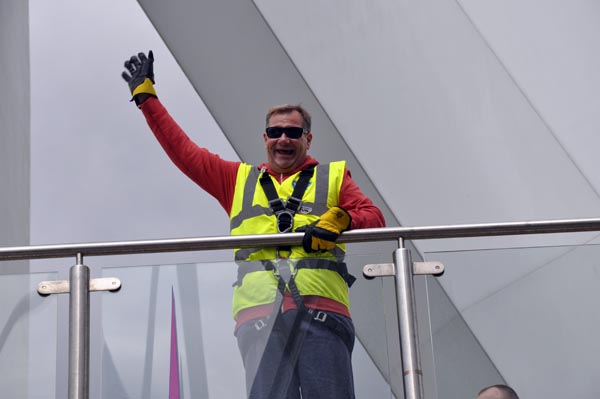 A relieved Miss Jason waves to her fans 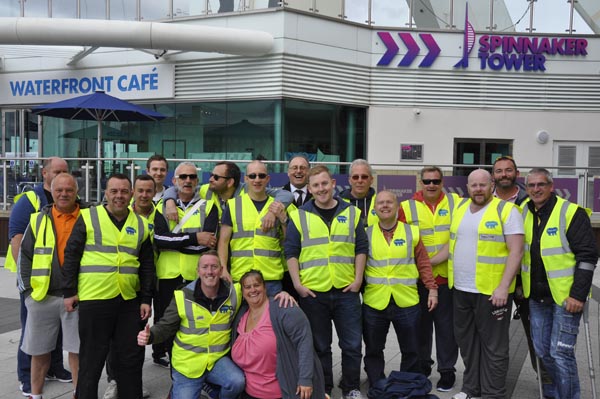 For more information about the Spinnaker Tower, click here: