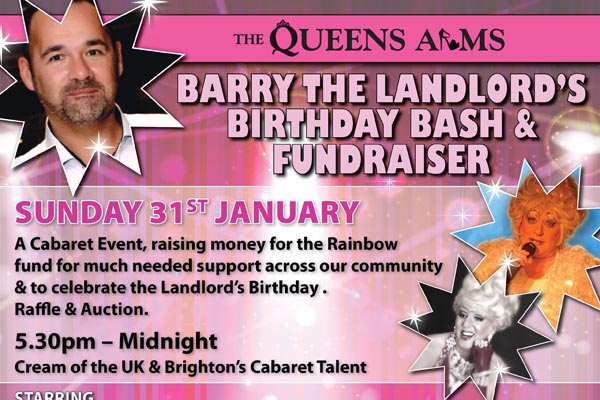 Former Lollipop Girl and landlady at the Queens Arms, Barry Nelson, will be celebrating his birthday with a bevy of friends and the cream of Brighton’s entertainers at the Queens Arms on Sunday, January 31 from 5.30pm. 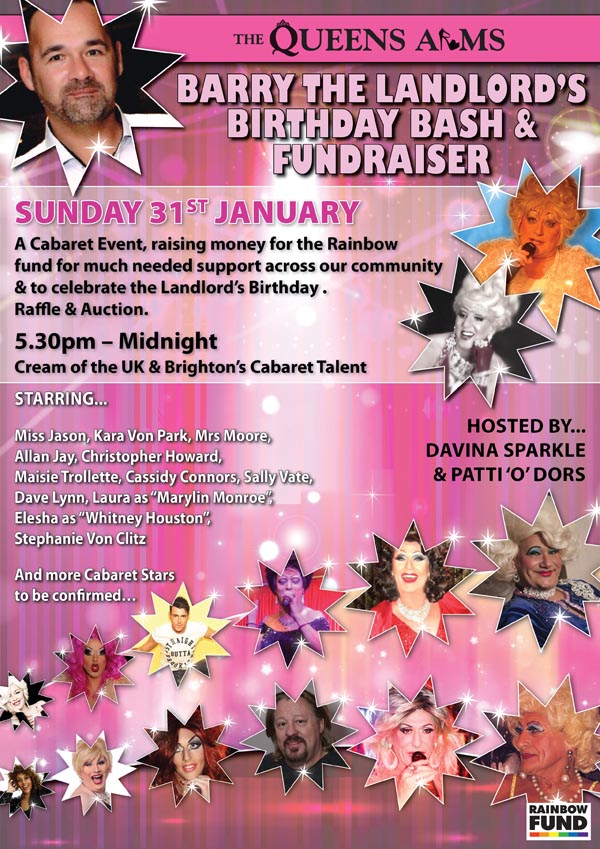 The evening will be compared by the voice of a thousand fags, Davina Sparkle and the fastest tongue in Rottingdean, Patti ‘O’ Dors.

The party kicks off at 5.30pm, there will be a raffle and auction and the evening is raising funds for the Rainbow Fund.

The Rainbow Fund give grants to LGBT/HIV organisations delivering effective front line services to LGBT people in Brighton and Hove.