Brighton Bears Weekend raises a fantastic £2,820.84 for the Rainbow Fund 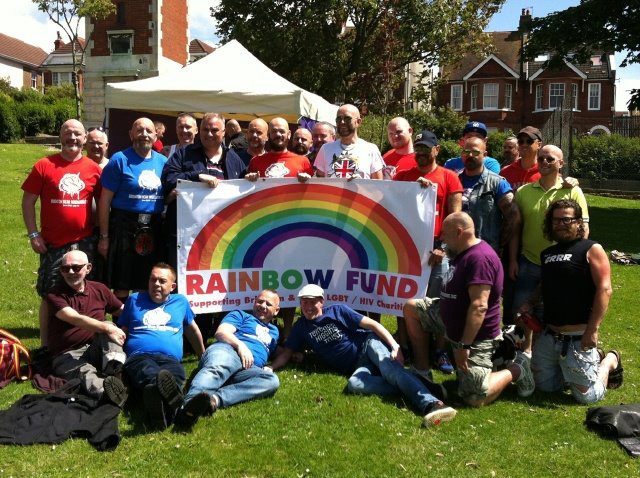 Hundreds of Bears descended on Brighton & Hove at the end of June for the Brighton Bear Weekender. A staggering £2, 820.84 was raised for the Rainbow Fund which included a £200 donation from Steve and the Subline Boys.

A series of planned events took place at 112 Church Street, Subline, Legends and the Camelford Arms. The Come to Daddy dance night at Envy was a huge success.

On the Saturday, Bears gathered in Queens Park for a Teddy Bears Picnic. Lunch Positive the HIV charity who provide a cooked meal once a week for positive people created a pop up community cafe serving delicious salads and cakes.

The Brighton Bear Weekender is a fundraiser for the Rainbow Fund who through their independent grants programme administered by the Sussex Community Foundation distributes money raised to LGBT and HIV organisations who provide front line services to the LGBT community.

“I would like to congratulate the organisers for a successful event and for raising such a terrific amount for the Rainbow Fund. £2,820.84 is an amazing total for just one weekend. The Brighton Bear Weekender has firmly established itself as one of the highlights of the year, and the organisers are a pleasure to work with. I would like to thank all the Bears team of helpers for the time and energy they put into it.

“The Rainbow Fund relies entirely on the support of organisations, venues and events such as this to benefit the frontline work that we support. We do not fundraise directly but benefit from a number of high profile activities. We provide fundraisers with a needs-led mechanism guaranteeing the safe distribution of the money they raise, ensuring help for a wide range of groups providing frontline services to the LGBT community.”