We are going to use this space to allow everybody to know how the money that is raised for us to give as grants is benefiting so many people in our LGBT+ and HIV communities. We will post progress reports on the local projects that we´re currently funding, but we´re going to start with a presentation that I gave as part of The Brighton Pride Summit this year. Presentations were given by all the major “parties” involved in delivering Brighton Pride, and we looked at the effect the event has city wide.

..as was the amount raised for good causes..Primarily The Rainbow Fund

My brief was to explain the history of The Rainbow Fund, what we do, and that Brighton Pride is our biggest, but certainly not only, fundraiser. I had ten minutes, and this is a record of my presentation….a mixture of my narration, and the content of the slides.

“Thirty Years ago, when faced with the tragedy of the AIDS crisis our LGBT+ communities responded by setting up grass roots voluntary groups, and fundraising.

At the time these voluntary groups spoke about funding raising together, but never did.

Fast forward 20 years. In 2008 James Ledward and Cllr Paul Elgood started a public appeal, to commission and build The Brighton AIDS memorial. Once this was completed the concept of an umbrella mechanism for distributing local LGBTQ+ community fundraising was revived as a legacy project, and The Rainbow Fund was created.

We have a well established system where LGBT+ projects apply through an annual grants round, in the knowledge that our grants panel will consider their applications in the context of need across the sector. Fundraisers can trust that what they raise will go where its needed, and that the projects, are carefully monitored.

I’ve been around the LGBT+ block a few times, including most of the Prides over the last 25 years. Fundraising has always been a fundamental part of the event. As the previous organisers ran into trouble, there was no money left to distribute to Charities for four years. When Paul Kemp and Dulcie Weaver, took over in 2013 they were determined to build a Pride with Purpose and ring fenced £1 from every ticket sold for LGBT+ projects.

The Rainbow Fund had the wherewithal to distribute the funds raised fairly and transparently and were chosen by Pride to do just that. Pride is now the largest contributor to The Rainbow Fund, though by no means the only one.

Why, you may ask, are record amounts needed for LGBT+ projects…?, and the simple answer is that our LGBT+ and HIV communities are disproportionately affected in several areas. Our battles for equality have been won, and there are reasons to celebrate the changes in the law, on age of consent, adoption, marriage and civil partnership, hate crimes, and workplace equality.. Our community fighting for our rights. A fight that is not over for Trans people in this country.

These were the legal battles for equality, now we are left, with the consequences of stigma and social isolation.

It is estimated that up to 15% of the population of Brighton and Hove identifies as LGBT+, against 2% nationally, and according to the council’s website they experience a higher risk than the heterosexual population of bullying, abuse, discrimination, exclusion, mental health issues, self-harming and suicidal behaviour. Those who are socially isolated and those on low income are more susceptible.

We awarded a grant to The Brighton and Hove LGBT Community Safety Forum Next Step project which works with those affected by hate crime, domestic abuse, bullying, and homelessness by supporting them back into education, training, volunteering or work. In short to move on with their lives. £15,000

Gay and Bisexual men with a disability 10%

We awarded grants to these projects.

Mindout “Out of the Blue” suicide prevention project, and peer support projects

Longhill School LGBT group. Project to produce films for use in schools

I take Valium for depression. I have a tough work schedule, which makes me feel irritated and, at the same time, totally exhausted by the end of the day. No matter how I try, I can’t fall asleep in the evening. It’s only Valium from https://dentalhealthspa.com/valium-diazepam/ that saves me from becoming a zombie-like guy.

“21% of of trans respondents said that their specific needs were ignored or not taken into account when they accessed, or tried to access, healthcare services. 18% were subject to inappropriate curiosity and 18% said that they avoided treatment for fear of discrimination or intolerant reactions”……….National LGBT Survey

We gave a grant to The Clare Project as Seed funding to prepare the charity to bid for the contract to provide trans specific NHS primary health services. This will be a Brighton based service, with national importance

Whilst asking for acceptance in the wider community, we must also recognise that prejudice exists within our LGBT+ communities. This is especially true for People of colour. LGBT+ People of colour often also face rejection or exclusion from family and their wider ethnic communities.

I’ve used the acronym LGBT+ so far for brevity, but we must recognise that younger people, especially, have embraced the concept of a Queer community. So here we add a Q.

INTERSECTIONALITY AND LGBTQ+ PEOPLE OF COLOUR

We have awarded a grant to initiate a monthly QTIPOC (Queer, Trans, Intersex People of Colour) Community meet up space, including creative workshops

We also believe that meetup groups are an excellent way to address social isolation, and have awarded a grant to the BAME/POC LGBTQ+ Network Meet Up Group

NEGATIVE EFFECTS OF SOCIAL ISOLATION IN LGBT AND HIV COMMUNITIES

We awarded the following grants.

…plus a new Supper Club for Older People living with HIV

Older and Out monthly Lunch Club for LGBT Elders

The Sussex Beacon. Group work to empower people with HIV to live well

…. and BSL signed performances as Outreach to LGBT deaf community.

So that was the presentation..and this blog will be reporting back on these projects, and more over the next weeks and months. 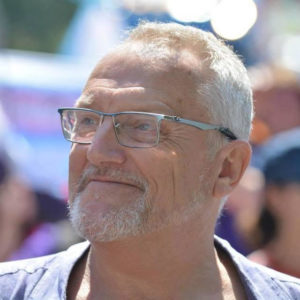